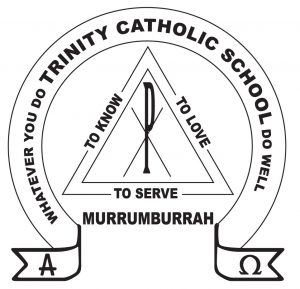 Trinity Catholic Primary School is a coeducational facility catering for children from Kindergarten to Year 6, located in the rural township of Murrumburrah. The first Catholic school was built in Murrumburrah in 1877 and until 1955 St Mary’s catered for both primary and secondary students when it was decided to move the secondary school to Harden. The two schools merged in 1980 to form Trinity Catholic School.

Trinity Catholic Primary School’s mission is to provide an all inclusive approach which assists its students to develop spiritually, academically, physically, culturally and emotionally in an environment formed by Gospel values and the authentic teachings of the Church.