The Catholic Education Commission (CEC) has two standing committees: the CEC Finance, Audit and Risk Committee and the Catholic School Parents Archdiocese of Canberra & Goulburn (CSPACG). The CEC establishes working parties on a needs basis.  Members of the CEC working parties are chosen in terms of their experience and expertise in a particular area.

Objectives of the Finance, Audit and Risk Committee are to:

CSPACG is the body officially recognised by the Archbishop and the CEC to represent the interests of families of children in all Catholic schools across the Archdiocese.

CSPACG is represented on the CEC and through it has significant access to and involvement in, mainstream education issues as well as input into policy and financial decisions. The Catholic school parent voice was sought by government and was invited to participate as a member of the steering committee leading a project exploring parental engagement. 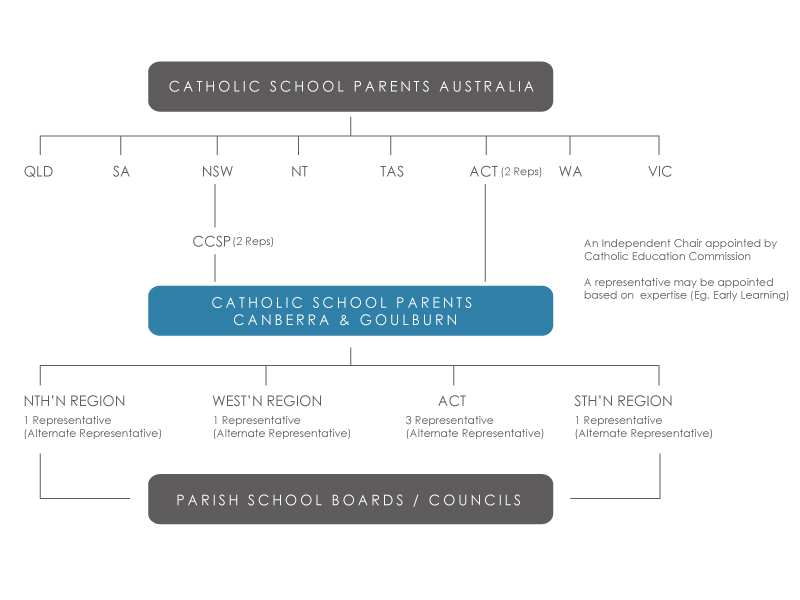 CSPACG meets four times in each calendar year for ordinary meetings with one additional Annual General Meeting. The purpose for meetings is to contribute to the national Catholic parent representational body – Catholic School Parents Australia and to provide a wider forum for discussing education issues and other issues that impact Catholic school families.